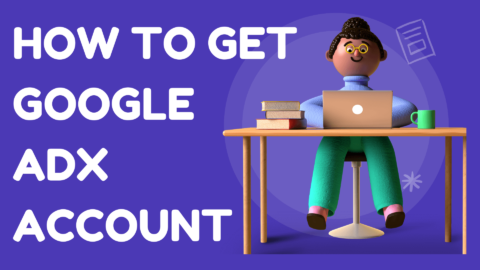 When I started working on Google Ad manager in 2016, It was then known as Doubleclick for Publisher (DFP) and Google Ad Exchange was a separate product that was available for very few publishers. When I started learning about google Adx, I got fascinated by the product, Impressed by its revenue generation potential

I have personally looked for ways to get Google Adx of our own, I have also helped multiple publishers to clear their doubts regarding google Adx.
Back then it was very difficult to get Google Adx and its still very hard to get your own Adx, However, the Situation has been changed, and with help of MCM Managed account, Its possible to get your own Adx

When you do Google Search for “how to get a google adx account”, you might see multiple links, I would call it Clickbait to drive traffic to their site by misleading the user. However, none of them can help you get your AdExchange for sure. They just promote their product, nothing else

when I created the Youtube video for Linked Account via which user can actually get google Adx, I got multiple queries for Adx account, I have helped them understand requirements and why its hard to get google Adx

Finally Google has finally come up with a solution, Multiple Customer Management (MCM) Managed Account, which can help the publisher get their own Adx.

What is Multiple Customer Management (MCM) ?

Google MCM (Multiple Customer Management) is now the new method of representing third-party inventories that allows publishers who did not have access to the Google Ad Exchange request to continue to benefit from it through their partners. It replaces the old SPM (Scaled Partner Management) method which allowed approved partners to connect their Google Ad Exchange request via associated accounts and which will be depreciated in January 2022.So, the SPM program will no longer be active and publishers who’ve been using an SPM partner to access Ad Exchange demand have to make the transition to an MCM partner.

Multiple Customer Management – Managed Account , With this Publisher can get their own adx seat with them help of MCM Parent Adx provider

What you can do with your Child Adx:

How To Get Google AdExchange Child Seat - Step By Step

Check the Difference Between Google Managed Account and Managed Inventory