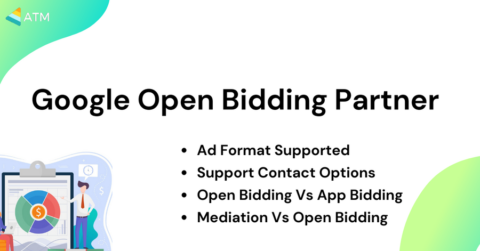 What is Open Bidding and Why it's important ?

Open Bidding was previously known as Exchange bidding. Google changed its name sometime back to make it more relevant.
Open Bidding is an effort from Google to tackle over growing Header bidding solution developed by a group of Ad Tech companies led by AppNexus.

Earlier Google Open Bidding was supported only in Google Ad Manager 360 which is paid version of Google Ad manager,but later due to the simple fact that many Buyers/DSP have shifted their budget from the Google Marketing platform to other platforms such as Pubmatic, Magnite, or Teleria, Recently PubMatic is Selected by GroupM as a Global Preferred SSP Partner
In a similar trend the Trade Desk is using it’s own solutions called “OpenPath” to tackle this issue.

Simple problem with Google Ecosystem is its monopoly over Buying and Selling end plus no transparency in terms of transactions, that is reason why all of these Trading desk or Agencies or SSP trying something new to disrupt the market.

So to provide the benefit of such demand/Direct Campaigns which doesn’t directly belong to the Google ecosystem, google might have decided to make it free for all GAM users. Anyways doesn’t matter as a publisher or network as long as we are getting enough demand and creating healthy competition for our inventory.

Let’s understand Open Bidding Quickly, In Simple Language Open bidding is similar to Header bidding difference is one is created by Google, and the other is created by a Group of Adtech companies and involves code-level changes

Google Open Bidding vs App Bidding by IronSource or AppLovin,
If you are planning to use Ironsource/Applovin MAX or any other app bidding partner as the main platform to manage your app inventory then this will be useful to decide whether you should do it or not.

If your main revenue source is Google Admob or Google AdExchange, I would suggest not using Ironsource or applovin at all, The reason being, as you might know, Google has huge demand and will always have a 100% fill rate if eCPM floor is 0, Secondly IronSource or Applovin give the option to Add Google AdExchange or Google AdMob in their Platform but Both of these partners will not be involved in real-time bidding, Which means, selection of Admob Or AdExchange will depend on either Historical eCPM you add in their platform or manual eCPM you have input in their platform. This is the reason why AdExchange or Admob is called No bidding partners, and they replace the CPM that you put there as Auto eCPM or optimized CPM in their platform but in simple language its historical cpm