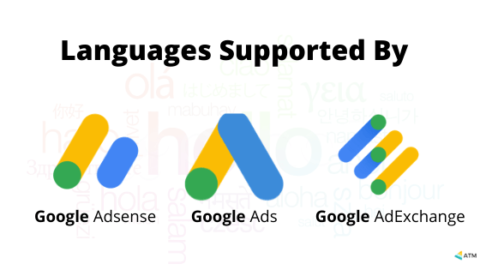 Google Advertising platform for publisher consist of Google Adsense, Google Ad Mob and Google Ad Exchange.
Google Ad manager which was previously known as DoubleClick For Publisher (DFP) is Adserver provided by Google. Google provide Adserver in two versions. Google Ad Manager (DFP Small Business) and Google Ad Manager 360 (DFP Premium). Know the difference between GAM And GAM 360.
Google Monetization Solution include Adsense, Admob AdExchange. Like always Google have certain policies for publisher in order to be part of their Google Publisher network.
One must full fill those criteria in order to be part of Google monetization solution.
One of the important thing is content Language, If your site content is written in the language which google doesn’t support, Then you can’t monetized your Site content and generate revenue.