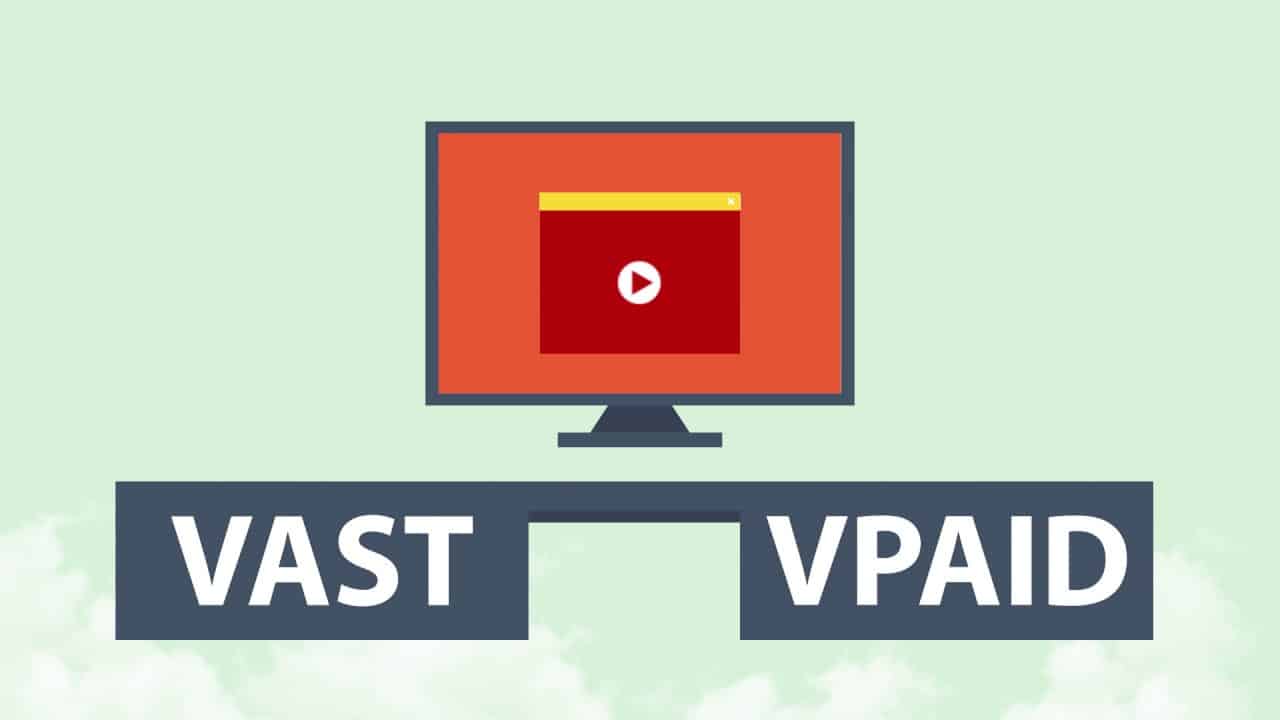 Why we have VAST and VPAID ?

In the early development phase of video advertising, we had a video player embedded on the publisher pages, and there are so many types of players with their own functionality and video ad serving technique. That player has specific set of rule by which they interact with the ad.The problem in old method is Video creative agency ultimately advertiser need to custom built the video ad for each player. So if Advertiser wants to run ads on 10 publishers and each publisher is using different player then advertiser need to create 10 set of video creative which will have same video content but the creative built code will be different, Which means advertiser has to spend more money just to build 10 different set of creative.On other hand, when it comes to publisher side, Publisher need to update the player so that it will be compatible to run advertiser provided creative. Because not in all cases advertiser will send different set of creative.

What is VAST and VPAID?

To overcome this biggest problem, Interactive Advertising Bureau (IAB) decided that there should be fixed standard for players and video creative building.So they specify some rules for video players, which means whoever are the video player developers (e.g jw ,flow,brightcove) they need to build their player as per those set of rules and that’s called as VPAID (Video Player Ad Interface Design )Same thing they did for video creative agency, every creative agency should follow set of rules which are packed into single xml file template which is known as VAST (Video Ad Serving Template). First VAST version is released in 2008.

Difference between VAST and VPAID?

A universal protocol for serving in-stream video ads, permitting ad servers to use a single ad response format across multiple compliant publishers/video players.VAST supports linear video ads (pre-, mid-, post-roll) and non-linear ads (overlays during content). All VAST is really doing is giving consistent instructions to your video player on how to handle an ad. It tells your video player what the ad should do — how it should show up in the player, how long it should display, whether or not it is skippable, where to find the ad (i.e. the ad server), and what the click-thru url should be.This standard is simply a list of components that a video player uses to display and manage tracking metrics for a video ad. The template operates as an XML “wrapper” to deliver flat video ads (simple video with no additional features or functionality) or VPAID-enhanced video ads with interactive elements. Without this wrapper the standard way an ad was delivered and played within a player wouldn’t exist.

A method of communication between the ad itself and the Video player in which it is displayed. This Communication is important because both Linear and Non-Linear video ads can be interactive, and such user interaction will generally affect the activity of the Video player. For example, when a user clicks on an overlay ad the user may be presented with more information about the advertiser, while the video content is expected to pause. Currently, each publisher and technology vendor has implemented this type of communication in a non standardized way, resulting in additional work for all parties when bringing campaigns live.VPAID is a detailed definition of the communication between an ad and a video player that controls player behavior. A VPAID ad is served within the standard VAST wrapper with an interactive file (typically a Flash-based .swf) instead of a standard non-interactive video file (typically an .mp4). This VPAID-enhanced .swf enables the entire video player screen to be an interactive canvas and include interactive elements such as pausing the video, clicking on coupons, and interacting with dynamic overlays.